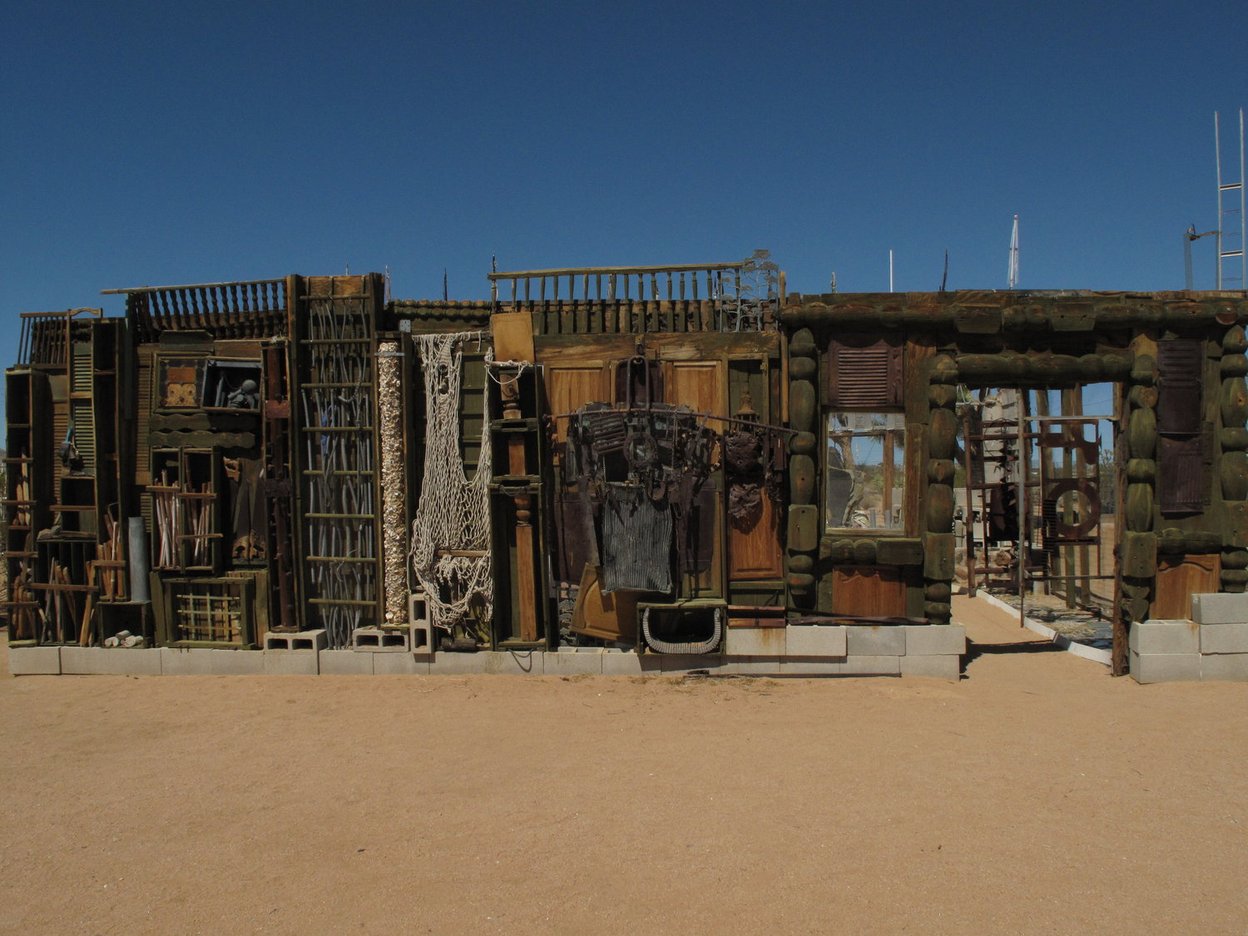 My fascination with Arte Povera is entirely based on the idea of creating art without the restrictions or reliance on traditional practices and materials.

This type of work, art from salvaged materials, is definitely not the work of a minimalist. It is Arte Povera at the highest level. It is an exercise of accumulating, then carefully editing and finally composing according to a vision, often a blurry one, until considered done.I am not an art critic and wouldn’t venture calling what Noah Purifoy did Arte Povera, but everything I see coming from his brain is a reminder that art is is often best experienced literally - the very work in front of you in a moment - with any complexity in the artist's original motivations temporarily suspended. In this way the work communicates directly, and in its most simple form. It is a gift art offers to its visitors. Noah Purifoy's installations and sculptures made from debris and wreckage are visually and emotionally stunning. And for that, I thank him. ‍

Six miles from the heart of Joshua Tree exists a monumental, and permanent, ten-acre installation of dada-influenced assemblage art. The artist responsible for the Outdoor Desert Art Museum of Assemblage Sculpture, Noah Purifoy, grew up in Jim Crow-era Alabama, but lived and worked most of his life in Los Angeles and Joshua Tree.

A Navy “seabee”-turned-furniture designer-turned artist, Purifoy’s earliest body of sculpture was constructed from burned debris and artifacts that he gathered after the 1965 Watts Rebellion. This work, titled 66 Signs of Neon, became part of a landmark group exhibition about the riots that traveled to several venues between 1966 and 1969. Purifoy spent the following two decades dedicated to public policy work for the California Arts Council.  Some of the prominent projects he initiated, amongst many, included founding the Watts Towers Art Center as well as bringing art programming to California’s state prison system. Eventually fatigued of balancing civic life with artistic endeavor, Purifoy left Los Angeles for the Mojave Desert in the late 1980s.

In the desert, Purifoy could afford more land to continue his post-Watts Rebellion work on forming sculpture from exclusively junked material, only now he could do so on a much larger scale. He spent the last fifteen years of his life there: gathering, experimenting, and constructing what would one day become his magnum opus across ten-acres of lonely desert land.

Here in the desert, material objects are precious and people recycle everything. There are swap meets, yard sales, and exchanges of materials going on all the time, leaving little or nothing for the junk artist. So, I collect materials that are not recycled in any other way and what I am doing with those objects is attracting attention.

Made in Japan: The Future of Vintage Denim