Made in Japan: The Future of Vintage Denim 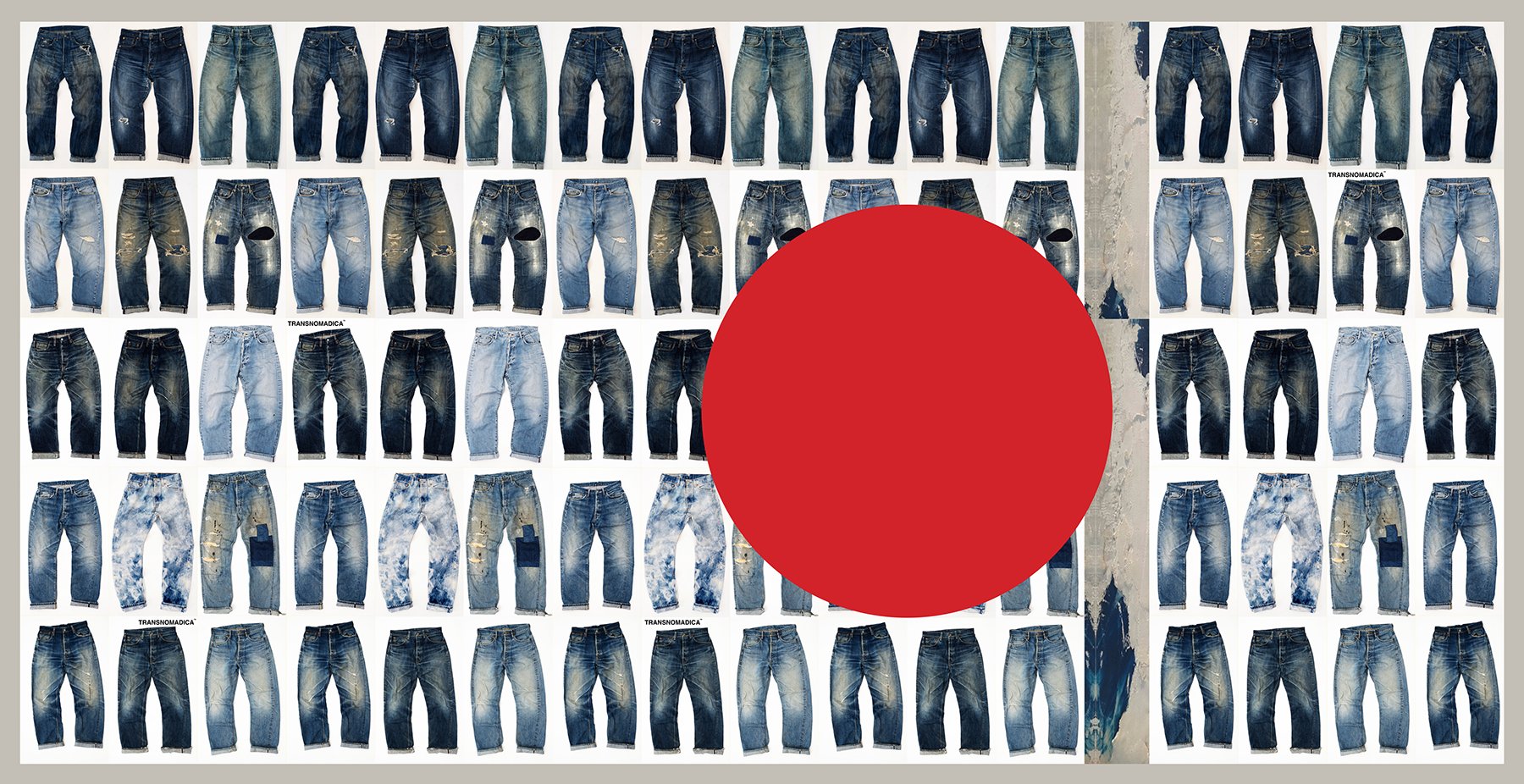 At Transnomadica we look to those who insist on making things in a better way, honoring their efforts by preserving and making their work available to a new generation of citizens: ones who find value in clothing that expresses character and creativity, while also recognizing the beauty in quality objects that only get better with age.

To understand the role that Japanese brands and manufacturers hold in the recent history and current day of the denim industry, one may first look to the cultural influences of America on mid-twentieth century Japanese society. This timeline actually begins with Japan’s own rich legacy of textile looming and indigo dyeing and ultimately leads us to a vibrant modern-day community of exceptional denim makers.

A TIMELINE OF EVENTS

‍1940s - 1950s
American soldiers stationed in Japan after the war are seen wearing their blue jeans in bars and other social environments during off-duty hours. This, coupled with the other cultural ingredients they bring with them, including jazz and pop music as well as James Dean and Marlon Brando films, inspire a youthful Japanese generation to adopt an American-influenced attitude of rebellion and individuality.

‍1960s - 1970s
To meet the rising demand for denim in the Japanese market, the brands Big John and Edwin begin to import American-made fabrics from heritage textile company Cone Mills to manufacture and sell their own jeans in Japan.

Air travel also starts to become more affordable during this era, prompting Japanese traders to travel to the US to buy vintage American-made denim to turn around and sell to a continuously growing market with an obsession for blue jeans in Japan.

‍1980s - 1990s
The rise of a global market, increasing consumer culture and access to cheap labor incentivizes American heritage denim brands to begin to off-shore their manufacturing. Workwear’s popularity in the American market also begins to wane, in favor of more trend-driven apparel. By the late 1990s, hardly any mainstream heritage denim brands were still manufacturing domestically; a series of moves that ultimately decimated the tradition and history of denim manufacturing in the USA. ‍

‍As the quality and authenticity of American-made denim waned, a group of highly specialized brands cropped up in Osaka. Considered pioneers in the modern-day denim industry, these brands revived the tradition of making blue jeans while layering on their own obsession to detail in the product; a trait in craftsmanship where Japanese culture nearly always excels. Through a commitment to hand-dyed indigo processes, the reconditioning of obsolete looms, and intricate weaving techniques, the group that became known as the Osaka Five reinterpreted the iconic blue jean into durable garments that stand the test of time.

We thank the obsession of the originators of these brands - Denime, Warehouse, Studio D’Artisan, Fullcount and Evisu - as the ones who did the work of reviving and preserving the greatness of iconic blue jean manufacturing standards at a moment when American brands seemed eager to throw such traditions away. As globalization motivated a shift toward mass-minded manufacturing practices, the Japanese denim industry took on the role of keeping the tradition alive.

A STAIN ON AN INFLUENTIAL TRADITION

‍
Generally speaking, globalization set off a chain reaction of negative effects in the denim (and the apparel) industry: cheaply made, poor quality goods coupled with the creation of trends to drive consumer demand. Companies realized they could make more money with tighter margins in larger volumes. This new business model sped up the timeline to garment obsoletion in people’s wardrobes. Quality and durability in denim manufacturing quickly lost out to cheaply made counterparts that allowed customers to keep up with the increasing speeds in seasonal trends.

As a result, too many jeans are made: hundreds of millions of them are produced annually, year after year. Many of which without a destination. Much of what’s produced lacks quality and integrity, and is therefore usually thrown away after a year or two of use. What was once a symbol and product of integrity, utility and durability, has largely become little more than an exploitive system serving too-fast fashion calendars and vapid consumerism. We are living in and contributing to a system that cannot sustain us, nor itself.

Transnomadica aims to offer an antidote, albeit a humble one, to the issues presented by this system. While we don’t claim that every single Japanese pair of jeans are of the highest quality, we are dedicated to searching for the ones that are.