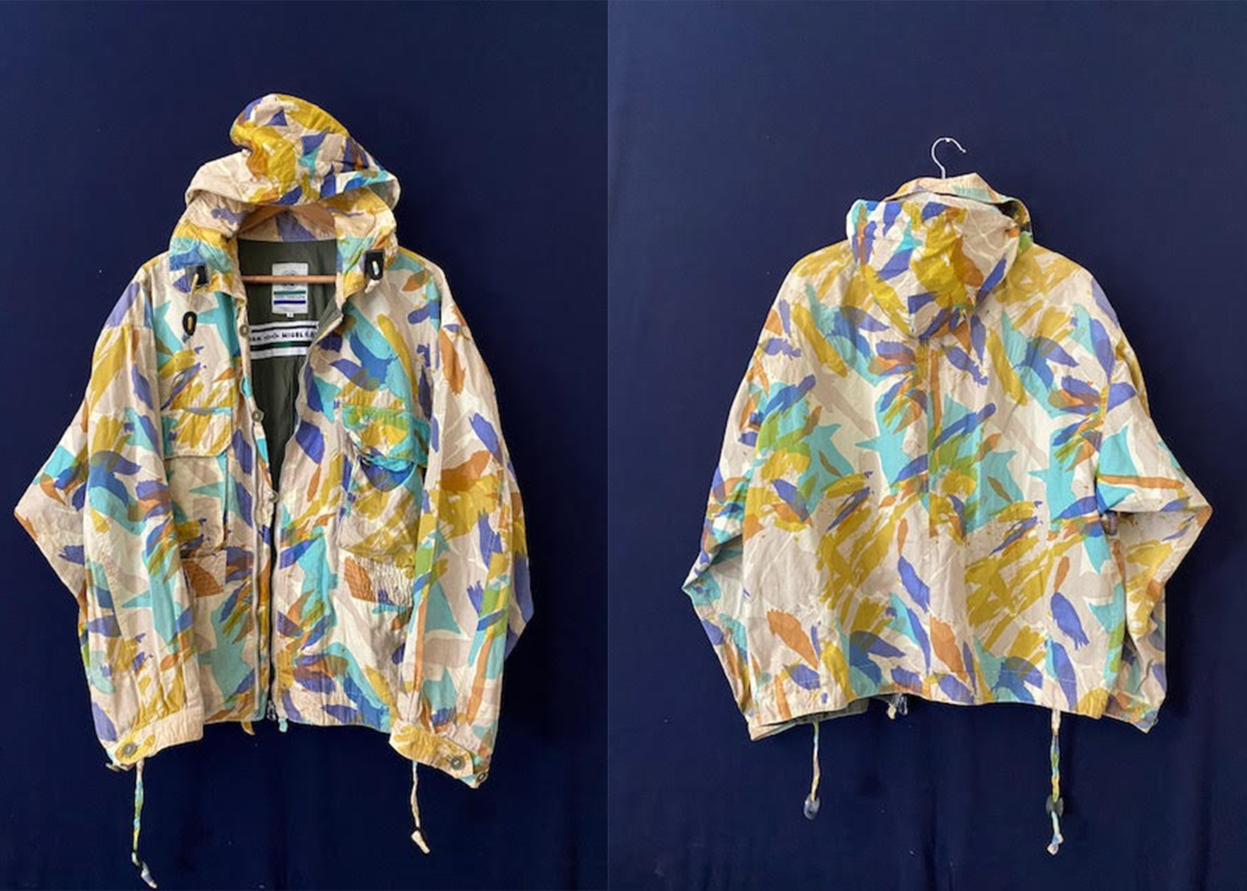 The Nigel Caborn brand is nothing without Nigel Cabourn and there is no succession plan for that.  He is his brand and the clothes he makes. That’s it. The respect he gets from the industry is nothing less than extraordinary.

He’s been in the apparel industry for nearly half a century - he started his career as Paul Smith started his own brand - and there’s no doubt that his contributions to it have been somehow enormous.

Nigel’s memory is not ordinary; he is a walking encyclopedia for all things military, their history and why they were conceived in the way they were. He has designed some of the most intricate outerwear jackets ever made, sourced forgotten fabrics and resuscitated Ventile: the world’s most effective, natural, all weather cotton textile.

I’ve been collecting Nigel’s jackets from the 80s and 90s for several years now. I always share what I find with him, and sometimes he’ll buy what I’ve collected, but this particular jacket he does not have. For sentimental reasons I could never sell it to him (or anyone else, for that matter) even though he very dearly wants it.

Of course, he designed the camouflage pattern, developed the colors, and created the silhouette. It’s a smock with a hood, both elements I love. It’s also in impeccable condition considering its age at 40 years old. I wear this jacket even when it’s a little too warm or too cool to wear because it’s a conversation piece for those in my industry. People always have something to say about it.

Nigel is a good friend. But even before he was a good friend, I was always intrigued by his volcanic mind. He never rests. He’s in his seventies but he has an enthusiasm for life more resembling that of a five-year-old. And with him I would play ping pong all day long. And against him, I would probably lose every game.

Wabi-Sabi is Evolution; Evolution is Wabi-Sabi