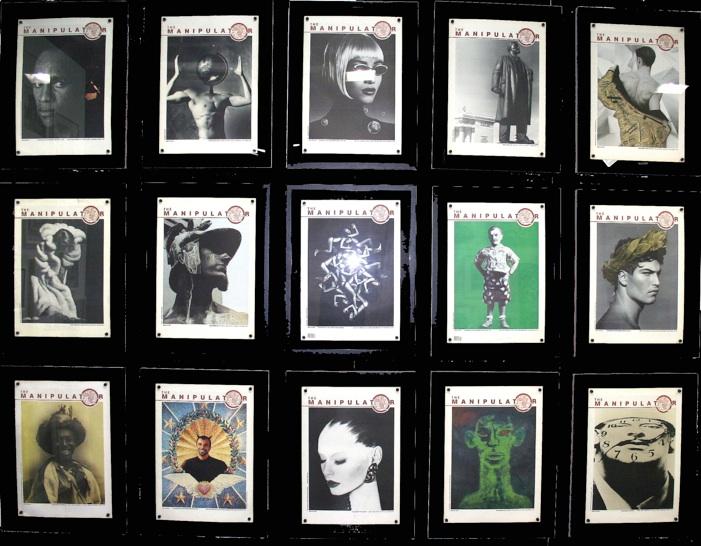 In the mid-1980s, while living in Miami, I came across a strange magazine called The Manipulator.  Its large format meant - to me - that each page was worth considering and to pay attention to. Being printed in black & white, it was the opposite of a traditional fashion magazine. Buying The Manipulator was an odyssey, an almost impossible task given its extremely limited print and distribution. It could have been for lack of financial resources but I don’t want to think that was the reason. The definition of manipulation is often reduced to a negative connotation while in fact manipulation requires skillful manner. In this spirit, The Manipulator was certainly a truly innovative publication: a courageous and intelligent interpretation of media as a polar extreme of global pop culture.

Every page was, at the same time, a poster and a cover page. Missed greatly as a source of inspiration. ‍

‍
The largest magazine of its time, THE MANIPULATOR was founded in 1984 by artists Wilhelm Moser and David Colby and championed photography in a way that only a uniquely-formatted 50cm x 70cm publication could. The poster-like proportions of its imagery gave compelling dimension to topics that, at the time, had yet to be covered in a consumer magazine: deforestation, rising sea levels, and acid rain, to name a few. Along with exploring cutting-edge topics, the magazine often filled its pages with rare archival photography: hand-tinted images of Japanese brothels of the late 19th century, Spanish bull-fighters from the early 20th century, and even photographs from the records of Victorian-era Egyptologists. The magazine shuttered in 1994, but to this day represents the best of the golden age of independent publication and the analog-inspired creativity in an era not yet touched by the expansive and culturally-dominating nature of the internet.