Not For Sale: Mitchell Camouflage 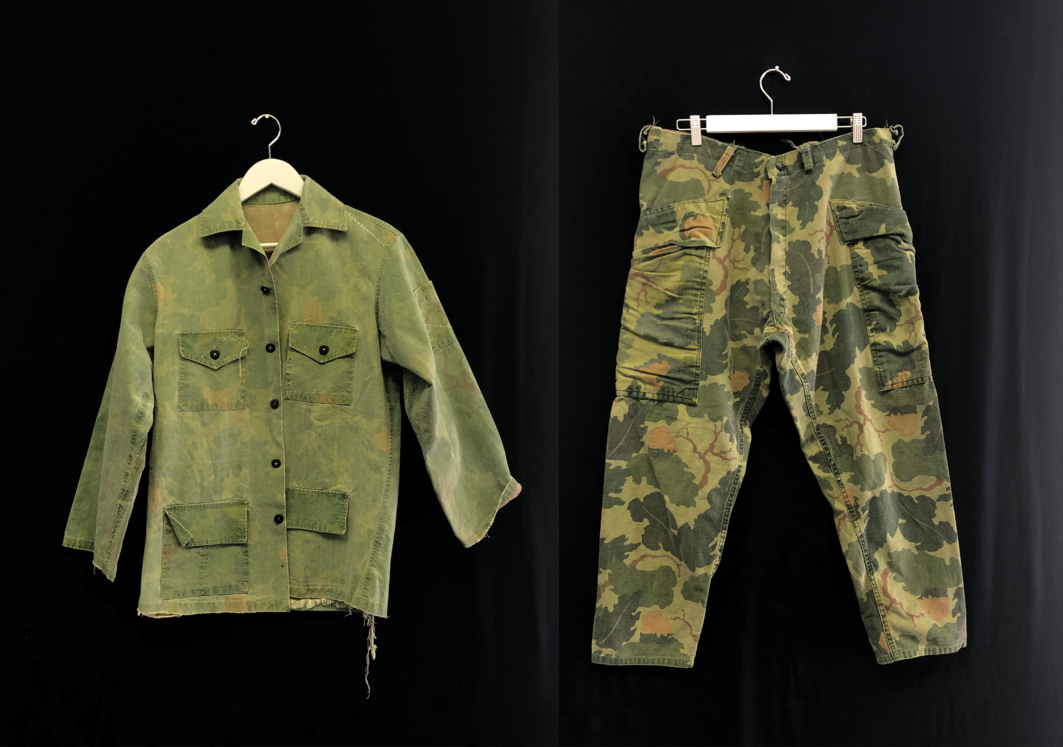 People often recognize me as the guy in love with camouflage.
I am but not all I see is golden (camo).

Inspired by patterns and usage in and by the natural world, humans have appropriated camouflage to be utilized for certain activities where blending with one’s surroundings is crucial: both in civilian (hunting and fishing) and in military use (combat).

Both perspectives point to a basic instinct for survival, of remaining hidden.

I’m drawn to the efforts poured into developing camouflage patterns, which has evolved over the past few centuries according to weather conditions, proximity to certain landscapes, and progress in technological advancements. It’s useful if you want to hide, and speaks to a certain introspectivity that resonates with me. I feel comfortable not being noticed.

This human drive to adapt to variations in our natural world has led to hundreds, if not thousands, of variations in camouflage. There’s a camo suited for just about anyone.

This Mitchell camouflage, with its cloud-like pattern, happens to somehow be suited for me. The pattern didn’t last long in the military circuit, eventually being discontinued as it proved ineffective under combative conditions. Because of this short-lived usage, it’s now considered quite rare and is therefore a pattern frequently sought after. I have collected about a dozen pieces of Mitchell camouflage pants, jackets and shelter-half tents over the years, and this Mitchell ensemble pictured above inspires me every time I look at it. Although there is certainly a monetary value to these pieces it’s irrelevant to me. They are part of my archive of emotional items.

I could never sell them.